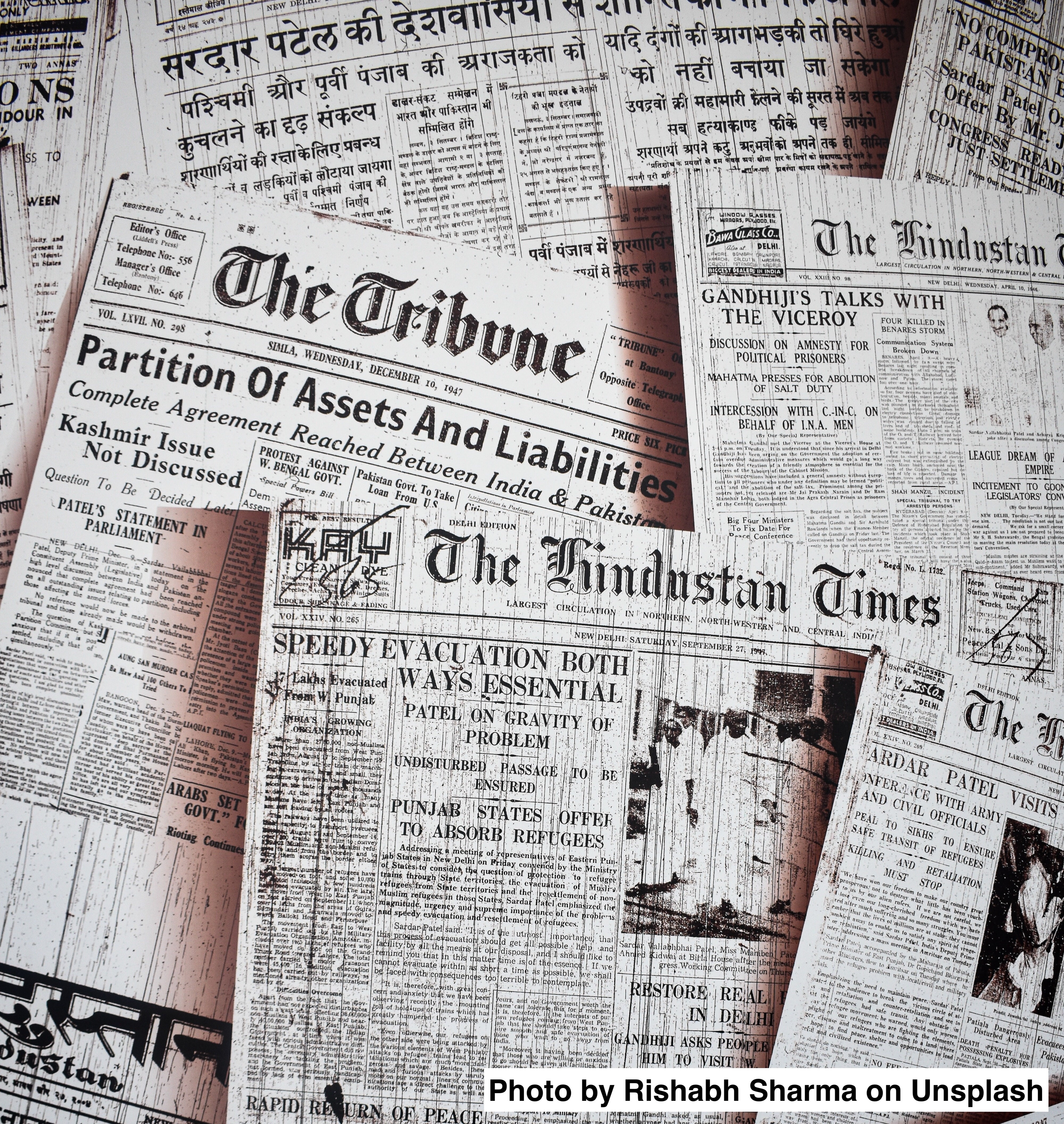 The Inclusive Society Institute performed a study that revealed that South Africans are not emigrating from the country due to “hatred of their country” but rather due to economic outlook in other nations and the poor outlook of the economic status in South Africa. The study reveals that 10% of all South Africans are looking to emigrate due to economic opportunity and the number rises to 12% when looking at highly educated and high earning South Africans. The study intends to sound an alarm to the government to improve on economic activity and opportunities for citizens in order to make corrections for the shortage of skilled labor in the country.

Read the full article at: https://www.iol.co.za/news/fix-the-economy-warns-institute-amid-study-showing-high-number-of-south-african-want-to-emigrate-e24eed79-faa7-41ec-aa30-3dfb325fef21

Xenophobia does not tell the full story of migration in SA

A variety of circumstances, the primary of them being South Africa’s economic demise, are contributing to the growth of xenophobic attitudes across the nation but there isn’t much being said about the dividing rhetoric being developed by anti-migrant groups such as Operation Dudula that seek to fuel violence and xenophobia. An anthropological study by a University of Cape Town professor and PhD candidate revealed that migrants in the border communities of the Limpopo province actually integrated quite well with the locals and engaged well with certain practices that made for positive social relationships which revealed a significant contrast to the anti-migrant rhetoric.

Read the full article at: https://theconversation.com/xenophobia-does-not-tell-the-full-story-of-migration-in-south-africa-182784

As a result of the COVID-19 pandemic, those born to undocumented migrants in South Africa are finding it much more difficult to formalize their stay due to the closure of the Department of Home Affairs across the country. Essentially, the children of undocumented immigrants in South Africa continue to be deemed stateless and the closure of the DHA centers has perpetuated the problem. The issue of statelessness also perpetuates difficulties associated with education for children which contributes to the development of an undesirable cycle of statelessness for those who are still undocumented.

Read the full article at: https://mg.co.za/news/2022-05-22-covid-19-worsens-plight-of-stateless-migrant-children-in-south-africa/

South Africa: Minister Senzo Mchunu On Water Supply in Musina Is Being Prioritised

There has been a rise of violent public unrest in the border community of Musina due to a decreasing water supply in the region. The demand for water has grown significantly as there has been a population surge driven by rural to urban migration in the town as well as a large population of individuals in transit who pass through the town. The Department of Water and Sanitation seeks to control the problem through a few methods such as transferring water from Zimbabwe and taking groundwater from the Limpopo River.

Zimbabwe a transit site for migrants

Human trafficking and migration flow has increased in the country of Zimbabwe as traffickers have expanded their work to include trafficking people from countries outside of Zimbabwe. Many migrants seek to make it to South Africa and often find themselves using Zimbabwe as a major transit point on the route to the country. The difficulty of the journey as well as the poor treatment of migrants by traffickers often leads to them to seek asylum in Zimbabwe and end up settling in towns that are a part of the route to their original destinations.

The United Kingdom has formed a new deal with the Rwandan government to send those looking for refuge in the country to Rwanda in order to avoid a significant surplus of refugees in the UK. This poses a slew of issues that are concerning from the perspective of many organizations and researchers across the globe—as well as members of the British government itself. The Rwandan government continues to deal with issues related to civil, political, and media freedom that implies a lack of transparency in whether or not the treatment of refugees in the country has improved—creating the implication that they have not improved enough, if at all.

Read the full article at: https://theconversation.com/the-uks-plans-to-send-asylum-seekers-to-rwanda-raise-four-red-flags-182709

The rights of refugees in Africa are under threat: what can be done

Nations across the globe are disregarding the precedents created by the 1951 Refugee Convention as well as the 1967 Protocol that are based on the rule of non-refoulement and research shows that the obligations of said nations are not being met which puts the rights of refugees all over the world at risk. There are many examples in which the rights of refugees have been completely disregarded such as in the case of Zimbabwe’s deportation of Congolese refugees back to the Democratic Republic of Congo.

Read the full article at: https://theconversation.com/the-rights-of-refugees-in-africa-are-under-threat-what-can-be-done-182892

As Yemen’s civil war rages on, migrants, many of whom originate from Ethiopia, find themselves trapped in the country as they make a desperate attempt to get into Saudi Arabia. The UN has formed plans to transfer close to 7,000 Ethiopian migrants from Yemen in efforts to put them in a less volatile situation.

After a boat carrying about 100 migrants capsized off the coast of Tunisia, only 1 body was recovered, and the Tunisian Coast Guard presumed 75 migrants dead as they could not be found after a rescue mission was performed in the Mediterranean Sea. This comes after studies show that about 4,000 more migrants were found to have attempted the journey to Italy by boat when compared to last year during the same period of time.

Read the full article at: https://www.thecitizen.co.tz/tanzania/news/africa/76-migrants-killed-after-boat-capsizes-off-tunisian-coast-3827950

The Human Rights Watch organization said that migrants and refugees that have been detained in the southern region of Ukraine, near the front lines of that war, are in grave danger and should be released to allow them to reach safety in countries neighboring Ukraine. The effects of the war have made for unsafe conditions in the detention center in the region as reports revealed that there have been cases in which munitions have hit near enough to shatter windows and cause damage to the structure. HRW says that due to the nature of the conflict, detainees at the migrant detention center should be released for their safety.

Read the full article at: https://www.hrw.org/news/2022/05/06/ukraine-migrants-locked-near-front-lines

As the Ukraine-Russia conflict continues, a new light has started to shine on the issue of inequities in refugee rights and support across Europe. The president of IFRC, Francesco Rocca has said that there is a lack of evidence to back the rhetoric surrounding migrant flow through Italy, Greece, and Spain which suggests that there are just too many people migrating to Europe through the Mediterranean. This argument completely falls apart when data shows that there has been a flow of upwards of 6 million Ukrainians migrating into many different European countries (incl. Poland, Hungary, and Slovakia) when compared to the fact that there are only a number of thousands of migrants who come from Africa and the Middle East whom seek to enter European borders through the Mediterranean.

Read the full article at: https://apnews.com/article/russia-ukraine-africa-government-and-politics-migration-09bd895482aa98a58d48e94630df9603

For desperate Afghans, risky crossings into Iran are worth chancing

After the recent exit of the US military in Afghanistan and the takeover of the Taliban in the country, the country has started to fall into a poor position largely due to the heavy sanctions placed on the country after the takeover of the Taliban government. Beyond economic fallout, the country has been dealing with a significant humanitarian crisis, also as a result of the Taliban rule. The difficulties that many Afghan citizens have dealt with have forced them to seek safety outside of their country. Many of the asylum seekers find themselves fleeing to Iran, which has proven to be a treacherous journey for many migrants. Iran has its own slew of issues which often translate into violent responses to Afghan migrants seeking refuge in the country—making for an incredibly difficult situation.

Read the full article at: https://www.thenewhumanitarian.org/News-feature/2022/05/17/Afghans-risky-crossings-Iran

A HRW report has revealed that Bulgarian authorities are brutally attacking Afghan refugees and other asylum seekers attempting to cross the border into Bulgaria from Turkey. The Bulgarian authorities are said to be using dogs and other violent methods to deter and attack those seeking refuge in the country. The Bulgarian government has said that they deploy troops and military power to the Bulgarian border in the past in order to continue to deter a large number of migrants from crossing over into their borders.

Read the full article at: https://www.aljazeera.com/news/2022/5/26/bulgaria-uses-police-dogs-violence-in-migrant-pushbacks-hrw

Refugees being sent to areas of UK with little or no legal aid, study finds

A report has revealed that there is a disadvantage of no legal aid for thousands of migrants seeking asylum in the United Kingdom which is making for a significant number of denials of asylum in certain areas of the country. A lack of proper legal advice makes it difficult for asylum seekers to make a case for themselves that will hold up properly when they apply to receive asylum in the country. Further, the report reveals that a number of unaccompanied children who are seeking asylum also struggle to receive asylum and are often sent to authorities instead of receiving some sort of legal aid in efforts to create a case for themselves. The British government claims to have a fund of 30 million pounds for legal provisions for undocumented migrants seeking asylum in the country.

Read the full article at: https://www.theguardian.com/law/2022/may/26/refugees-being-sent-to-areas-of-uk-with-little-or-no-legal-aid-study-finds

US: LGBT Asylum Seekers in Danger at the Border

Migrants fleeing from violence and discriminatory practices in their own countries have been finding themselves at the U.S. border with Mexico—only to end up being sent back to their countries due to Trump-era policies that essentially blocked access to asylum for those attempting to cross the border. The two pieces of Trump administration policy—the Migrant Protection Protocols policy as well as the Title 42 summary expulsion policy make it easier for U.S. border authorities to send asylum seekers back to their home countries and non-Mexican asylum seekers to dangerous parts of Mexico in order to deny their entry into the United States. This poses a significant threat to members of the LGBT community who face discrimination in their own countries and the HRW report suggests that the U.S. government should be more vigilant and create exceptions for members of the community.

Read the full article at: https://www.hrw.org/news/2022/05/31/us-lgbt-asylum-seekers-danger-border