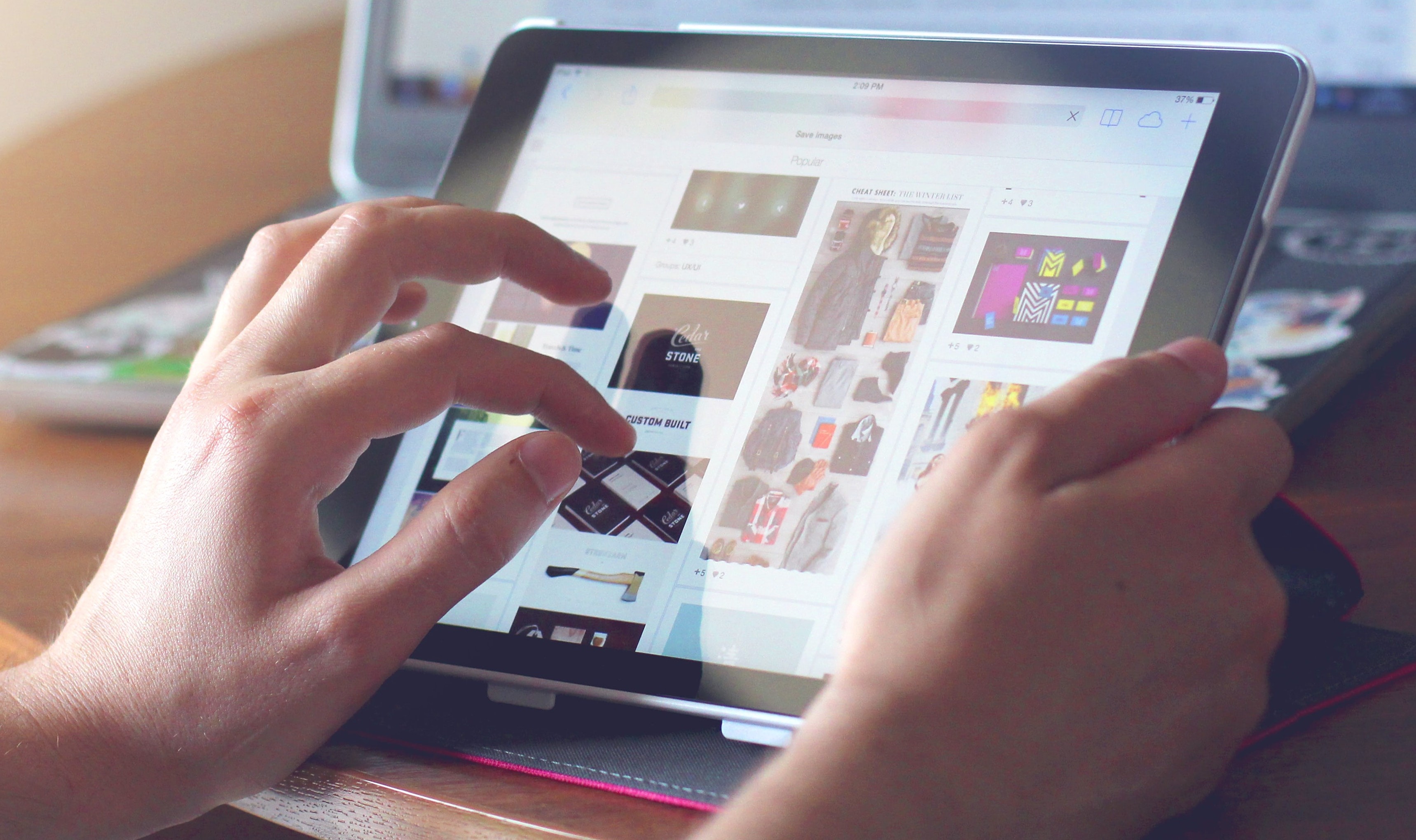 The Covid-19 pandemic has taken a tragic toll on the South African economy, and pushed unemployment to a 17-year high. This reality triggered the emergence of widespread xenophobia, as anti-immigrant groups have staged demonstrations to demand for the mass deportation of foreigners. During a protest in Johannesburg, the chairwoman of the South Africa First party, Victoria Mamogobo, requested the deportation of all foreigners who arrived in South Africa since 1994. In Gauteng, policy discourses reveal the local possibility of limiting business ownership in townships to South African citizens. This would threaten an industry of convenience stores with 100 billion rand of annual revenue. The resurgence of xenophobia is reminiscent of previous outbursts of violence, like in 2008, when 60 people died and 50,000 were displaced.

For further information on South Africa’s recent history of anti-immigrant xenophobia, and its repercussions of policy, read the full Institute for Security Studies article at: https://issafrica.org/iss-today/in-the-cross-hairs-foreigners-in-sas-informal-sector

On 2 December 2020 the Western Cape High Court granted an interdict sought by the Scalabrini Centre of Cape Town (SCCT) along with the Consortium for Refugee and Migrants in South Africa as friends of the Court. The South African Department of Home Affairs was accordingly prevented from from implementing laws (often referred to as ‘abandonment provisions’) which sought to return asylum seekers to their home countries if they were 30 days late in renewing a permit or visa. SCCT argued that provisions made many asylum seekers vulnerable to being deported to countries where they would face persecution or threats to their lives.

Life is so tight for Joburg’s blind migrants

The African Centre for Migration and Society (ACMS) produced a research document that underlines how street begging in South Africa is majorly constituted by migrants with disabilities, who are very visible in South African cities yet are regarded as a hidden population. The difficulties that migrants face in accessing assistance exacerbates the vulnerabilities of migrants with disabilities, who mostly rely on non-profit agencies and on street begging for food assistance. Documented and undocumented migrants with disabilities face severe difficulties in accessing education and employment. The existence of strong diasporic networks represents a possible pathway for the development of communitarian survival mechanisms.

Despite the increased investment in education in Africa, African youth appear to be three times more likely to be unemployed. Employment challenges have been exacerbated by the Covid-19 pandemic, which also progressively generates new pressures for migration. According to the UN Department of Economic and Social Affairs (DESA), the number of international migrants has grown by 51 million between 2010 and 2019, and about 20% of all international migrants in the South are below the age of 20 (most of which are from African countries). The short-term impacts of the pandemic include renewed pressures for migration, paralleled by the closure of borders and irregular mobility, but also crucially will promote skilled migration especially for those specialised in the health sector. Increasing unemployment particularly for the young people, and social imbalances within a growing young population compounded by limited migration pathways, leaves low-skilled young migrants, who are often assimilated in to an under protected informal sector, increasingly vulnerable to deportation, homelessness and abuse.

Chad represents one of the largest refugee host countries in Africa, with a regular influx of refugees and numerous internally displaced people (IDPs) calling for the implementation of effective mechanisms for refugee and IDP protection. In December 2020, Chad adopted its first asylum legislation, which will enhance the protection of the nearly 480,000 refugees it is currently hosting. The law will ensure asylum seekers and refugees freedom of movement, and access to education, justice and healthcare. The decision, which was met with great enthusiasm by international actors such as UNHCR, is in line with the country’s commitment to Geneva’s Global Refugee Forum in 2019.

“They left us for dead”. Tigray refugees tell of horrors after Ethiopian troops vowed they’d be safe

The UN expects 100,000 people to flee from the Tigray region over the next six months, with 45,000 refugees already located in Sudan since the beginning of the conflict in November. From the time when the Ethiopian National Defense Forces (ENDF) took over the city of Mekelle, communications have been severely limited, and international agencies fear the potential disruption in humanitarian access to vulnerable areas and civilians. Refugees interviewed at the border by CNN outlined their concerns about the potential inclusion of other regional actors within the conflict, and for its possible escalation into ethnic cleansing.

Fragile cities are being inundated with people fleeing the impacts of climate change. How can they cope?

Climate change is increasingly affecting human mobility, with thousands being displaced every year by environmental phenomena such as flooding and drought. Climate-induced migration is growing, and the World Bank reports that by 2050, more than 143 million people could be “internal climate migrants”, with the majority of them located in sub-Saharan Africa, Latin America and South Asia. Rural-to-urban migration will promote the emergence of urban hotspots from informal settlements where the displaced arrive in seek of shelter, jobs and food. This could entail an overburdening of municipal governments, paralleled by unmet demands for basic services such as housing, transport and employment. The IOM worked with Somali government representatives to promote the engagement of displaced persons in the visioning of their short-term needs and strategies for self-reliance. Likewise, strategies have been assessed in Ethiopia, where climates migrants are likely to triple by 2050.

Trump’s announcement of a normalisation agreement between Israel and Sudan, was later celebrated by the Israeli Prime Minister Netanyahu as the Sudanese reversal of the 1967 Arab League’s declaration in Khartoum that stated: no peace with Israel, no recognition of Israel, and no negotiations with Israel. In the aftermath of such developments, the Israeli Member of Parliament May Golan stated that “there is peace in Sudan now, so you can go back to your country”, with more than 6,200 Sudanese asylum seekers fearing their expulsion from Israel similar to the deportation of South Sudanese in 2011 after obtaining independence. With war crimes being perpetrated in Darfur, and violent conflict still ravaging parts of the country, Sudanese refugees in Israel fear their potential deportation back to Sudan. Meanwhile in Israel, refugees are discursively referred to by politicians in Netanyahu’s right-wing coalition as ‘infiltrators’ and as economic migrants seeking to flee from poverty, deepening pre-existing tensions and facilitating the rise of xenophobia.

“There is a return system and arriving in Europe doesn’t necessarily mean that you will get to stay”. Olivia Sundberg Diez, an analyst at the European Policy Centre, used these words to describe the increased European push to continue returns. The development of bilateral deals with third countries was intended to facilitate the commitment of states to accept returns, yet African countries are increasingly recognising such deals as unequal partnerships. Forced returns are especially problematic during the Covid-19 pandemic, and the escalation of local conflicts over resources. Moreover, the European support for the Libyan coastguard appears wilfully blind to the accusations they face of sending migrants to centres for torture, abuse and extortion. Likewise, European pressures on Niger to pass a draconian security law that criminalises migrants have exacerbated inter-ethnic tensions by preventing border trade and movement. The European focus on returns severely limits its initiatives for legal migration channels, which would instead represent an effective tool for the management of migration.

For more information on Italy’s closure of ‘unsafe ports’ follow the link at: https://www.theguardian.com/world/2020/apr/08/italy-declares-own-ports-unsafe-to-stop-migrants-disembarking

And on Europe’s agreement with Libya for the management of EU borders: https://ec.europa.eu/neighbourhood-enlargement/news_corner/news/eu-delivers-support-border-management-libya_en

Migration and forced displacement in 2020: a review

The global Covid-19 pandemic has exacerbated the drivers for migration, whilst increasing the risks involved in mobility and locating migrants within refugee and IDP camps that exposed them to higher levels of infection and insecurity. Moreover, the pandemic accelerated the introduction of restrictive migration policies, which not only affected the number of people who managed to arrive in host countries, but also tragically incremented the number of deaths recorded during the journeys to do so. In the Mediterranean, at least 950 people died in attempts to reach the coasts of Europe. On the other hand, Europe’s support for the Libyan Coast Guard has resulted in the forced return of more than 10,000 people to Libyan detention centres, whereas the Greek-Turkey border has experienced a significant growth in refugee pushbacks and abandonment. Similar patterns can be identified along the US-Mexico border, and in Bangladesh, where many were left stranded at sea, and where local tensions towards Rohingya refugees started to escalate respectively. The emergence of Ethiopia’s conflict in the Tigray region fuelled the ignition of a new displacement crisis with more than 50,000 fleeing to Sudan, paralleled by the revival of the dangerous Atlantic maritime route from West Africa to the Spanish Canary Islands.

Read the full The New Humanitarian article at: https://www.thenewhumanitarian.org/feature/2020/12/22/Migration-forced-displacement

Migration to Europe in 2020: the year in pictures

2020 has represented a particularly difficult year for migrants and refugees in Europe, or seeking to reach Europe. In January, Lesbos was traversed by protests against the living conditions in the Moria camp, which ignited local tensions and increased violence. Between February and March, migrants started gathering along the Serbia-Hungary border, creating pools of forced immobility. Turkey’s announcement to stop impeding the movement of migrants towards Greece facilitated the emergence of violent clashes at the border, and pushed Greece to suspend asylum applications for a month. The increasing spread of the pandemic was central to the sparking of riots in Germany, after the identification of 500 positive asylum seekers. The following months were riddled with forced evictions, forced immobility within overcrowded refugee camps, tragic deaths during perilous journeys, and with the sudden closure of camps.

For further information, here you can find relevant articles on:

For African migrants in Yemen, no way forward and no way back

The pandemic has decreased – but not stopped - the arrivals of migrants in Yemen. In 2020, 35,000 migrants arrived in Yemen, with numbers in arrivals decreasing from 138,000 in 2019. The border restrictions under Covid-19 promoted the development of new routes for human trafficking, and made it more difficult for individuals to move without the support of smuggling networks. This is deepening migrant vulnerabilities by exposing them to extortion and abuse, as many are misled about the dangers of the journey. The massive currency crash in Yemen makes it more difficult for migrants to survive, and many migrants struggle to find the necessary economic means to continue their journey or return home. Many of those who seek to reach Yemen do not really know what they will face, so several awareness campaigns are being promoted in Bosaso, Somalia, to inform people of the risks entailed in the journey. Poor wages and the lack of employment possibilities locates migrants in a limbo, as they are stuck in Yemen without the monetary possibilities for movement beyond basic survival. Migrants are often kept in unsanitary facilities or face abuse and violence by border guards.

Read the full article at: https://www.thenewhumanitarian.org/news-feature/2020/12/17/yemen-african-migrants-people-smuggling-limbo

Photo by Taras Shypka on Unsplash