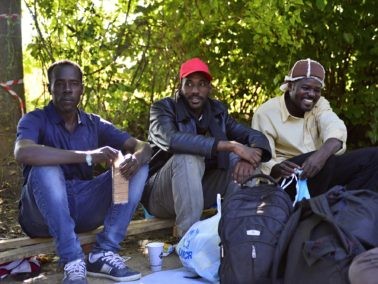 The Regularization of Zimbabwean Migrants: a Case of Permanent Temporariness

In an article titled Back to the future? Can Europe meet its labor needs through temporary, migration? Stephen Castles inquires whether temporary worker schemes introduced in Europe in the 2000s would resemble past guest worker programs which provided employers with young unskilled workers who were unmarried or had left their families at home and worked, on a “rotation basis” (Rotationsprinzip), in agriculture, construction, mining, and manufacturing. His answer to the question is no. However, he argues that “some current approaches do share important common features with past guest worker programs, especially through discriminatory rules that deny rights to migrant workers”.

The question about what rights migrants should receive after their admission and how these rights should change over time remains a highly contentious issue. Political theorist Joseph H. Carens provides an answer to this ethical dilemma. He notes that democratic states can admit migrants for a limited period of time and restrict their access to public assistance programs but other restrictions are morally problematic. His argument is based on the assumption that the claim to be a member of a political community grows as time spent in a country increases, irrespective of the condition of sojourn or immigration status. According to Carens, membership acquired over an extended period of time spent in a society explains why prolonged temporary status ought to lead automatically to permanent residency.

In South Africa, the increase in asylum claims, which occurred between 2008 and 2011, led the Department of Home Affairs to implement restrictive practices and policies, stemming both physical access at the border and at the refugee reception offices, as well as access to protection in adjudication procedures. In response to this crisis, one policy adopted in 2010 to ease the pressure on the asylum system was the implementation of a large regularization program for Zimbabwean nationals, the Dispensation of Zimbabweans Project – or ‘DZP’ – allowing Zimbabwean holders of this special permit to work, conduct business and study in South Africa.

In August 2014, four months before the expiration date of the Zimbabwean special permits, the Minister of Home Affairs announced the launch of a new Zimbabwean Special Dispensation Permit (ZSP) targeting DZP permit-holders who wished to remain in South Africa after the expiry of their permits. The ZSP allowed permit-holders to live, work, conduct business and study in South Africa for an additional three years until 31 December, 2017. Despite having announced in 2016 that the ZSP would be terminated at the end of 2017, the DHA later announced the availability of the new Zimbabwean Exemption Permit (ZEP) which allowed ZSP holders to work, study and conduct business for an additional period of four years until 31 December 2021.

However, unlike previous regularizations which were designed to grant permanent residence status in South Africa the DZP, ZSP and ZEP programmes did not allow permit-holders to apply for permanent residence despite their long, continuous tenure in the country. This exclusionary practice raises numerous concerns. In South Africa, all temporary workers are excluded from accessing social assistance, are not entitled to claim unemployment funds and are excluded from accessing unemployment insurance if they are ill or on maternity or adoption leave. Access to housing and basic education for temporary workers is also restricted by the government. Moreover, low-skilled temporary workers are much more likely to occupy low-wage, precarious jobs than South Africans. In addition, temporary workers are tied to a specific kind of work and are not allowed to change employers. Such restrictions can make migrant workers vulnerable and subject to abuse and exploitation.

The Constitution of South Africa guarantees equality before the law and the right to equal protection and does not justify discrimination based purely on residency. Yet temporary low-skilled workers are vulnerable to exploitation and are not afforded equal protection. Originally meant to last only for a period of four years, regularization programmes for Zimbabweans, are, at the time of writing, in their eighth year of implementation. Such programmes do not intend to address short term labor shortages in South Africa, as the nature of the work that permit-holders conduct is not temporary. Yet permit holders will be excluded from a pathway to permanent residency. The limitation of certain legal rights (e.g., right to vote or to hold high public office) is justifiable when temporary migrants are only permitted to remain for a limited time but not when temporary visas are renewed numerous times for multiple consecutive years. In this case, at some point, temporary visa holders should be converted into permanent residence and temporariness should come to an end. Non-access to permanent residency, in fact, makes migrant workers more vulnerable and their “temporary status” creates barriers to a meaningful assertion to work-related and social rights.