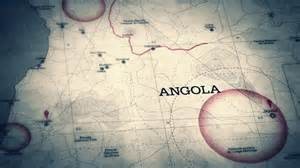 Voluntary repatriation as a durable solution or reshape the notions of return?

Angola is just a picture in my mind

Voluntary repatriation can be accompanied by a whole range of practical, identity and post-conflict related problems. Sergio Carciotto, the associate director of the Scalabrini Institute for Human Mobility in Africa (SIHMA) , gives us insight into the process of voluntary repatriation in South Africa after Angolan refugees had their refugee status ceased in 2013. This came to be known as the ‘Angolan Cessation’. The findings of his article, “Angolan refugees in South Africa alternatives to permanent repatriation”, reveal that only 30% of the Angolans, participating in the research were willing to voluntary return home. The majority of respondents had spent an average of 18 years living in South Africa, without being able to access permanent residency in the country. His research questions the idea of voluntary repatriation as a durable solution and gives insight into the return decision-making process of refugees. Despite a different geographical context, the underlying understanding of the concept of ‘returning home’ remains the same. This blog explores Carciotto’s article to analyse the current discourse on refugee repatriation in a world-wide context.

Lessons learned from the Angolan Cessation

Angola was devastated by a long civil war which began in 1975 after the country’s declaration of independence in 1961. The Angolan civil war formally concluded in 2002 with the Luena Peace Agreement and stability gradually returned to the country. In May 2013, the South African government formally declared the cessation of refugee status for all Angolan refugees. This announcement came in the wake of the 2011 UNHCR declaration that conditions in Angola had improved and that it was safe for refugees to return and followed the political and economic stabilization of Angola.

During the course of his study, Carciotto conducted structured questionnaires, in-depth interviews and focus group discussions with former Angolan refugees assisted by the Scalabrini Centre of Cape Town. The results show that  reasons for the respondents’ reluctance to return to Angola are complex and determined by a number of factors which refer both to the conditions in their home country and in the host state. A large number of respondents mentioned the lack of adequate healthcare structures and poor service provision amongst the reasons to refuse repatriation. Other explanations that frequently recurred during the interviews were concerns about the lack of democracy, human rights and civil liberties in Angola.

The case of Angolan refugees in South Africa showed that few individuals accepted voluntary repatriation while the large majority opted to remain in South Africa. The presence of family and other social links, the length of time spent in exile and the possibility of accessing civil, social and economic rights in South Africa have determined a low interest in repatriation amongst former Angolan refugees. The majority of respondents lived in South Africa for an average period of eighteen years and were successfully integrated. More than 50% of those interviewed were married, with 25% of them either married to or living with a South African spouse. Those former Angolan refugees who considered to return were influenced by a complexity of factors which entailed a cost-benefit analysis of socio-economic and political conditions in both the country of origin and asylum. For some Angolans the information acquired through personal networks, media, international organisations and government institutions was insufficient to make a final decision and, therefore, ‘go-and-see’ visits to Angola were spontaneously taken to assess whether conditions at home were conducive for return. The research shows that visiting the country of origin and investigating current socio-political conditions play a fundamental role in the refugee decision-making processes. Visiting the country of origin also served to validate information acquired in South Africa through the media, relatives and friends.

In conclusion, Carciotto’s article underlined that policies which facilitate alternatives to traditional voluntary repatriation could serve as a desirable alternative to voluntary repatriation. Such alternatives could increase transnational mobility, encourage temporary forms of return and offer the possibility to access permanent residence and naturalization in the former country of asylum. European States who host refugees for a long period of time, or African States who host refugees in protracted refugee situations should be encouraged to consider a range of durable solutions, including local integration, rather than just voluntary repatriation as a lesson learned from the Angolan cessation.