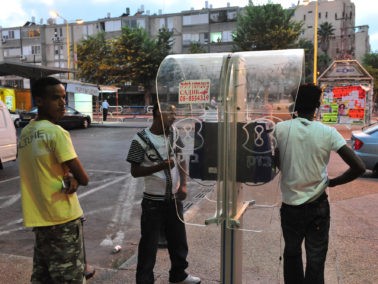 Whose Agenda? Bottom up Positionalities of West African Migrants

The article summarized below, “Whose Agenda? Bottom up Positionalities of West African Migrants in the Framework of European Union Migration Management” was originally authored by Lothar Smith and Joris Schapendonk from Radboud University (Netherlands) and published by the Scalabrini Institute for Human Mobility in Africa (SIHMA).

Based on these premises, Smith and Schapendonk propose a bottom-up approach to the study of migration and development which takes into consideration issues of globalization and positionality in order to shape a more nuanced understanding of this phenomenon. Globalization is often seen as either an “evil” force pushing Africans to the margins of the global economy, or a “good” force helping emerging economies in sub-Saharan Africa to flourish. The authors suggest a middle ground understanding of ‘globalization’ to explain how people in West-Africa “navigate the uncertain, partially-globalised economic world of which they became part.” They adopt the concept of positionality which comprises a set of relations and practices in a relational time/space within a global political economy that both shapes and is shaped by processes of globalisation. An example of ‘positionality’ are two different groups of “hustlers” in the Gambia. These are youngsters who make connections with Westerners in order to establish relationships that “have economic and material benefits.” While one group, called the beach boys, looks for direct connections with tourists in Gambia another group, the chanters, operates online. The beach boys are involved with globalisation through tourism, while the chanters through technology. In both cases globalisation contributes to create the connectivities that might help them to migrate.

In their analysis, Smith and Schapendonk also take into consideration a translocal approach to development which looks beyond local development and rather focuses on transnational connections and mobilities of migrants that extend beyond borders. Remittances are a good example of translocal realities which can cause frictions between migrants abroad and families, friends, and communities who stay behind. If, on one side, remittances are considered to be beneficial for community development, on the other side, they fulfil individual and private needs. Therefore, although some migrants actively participate in the economy of their country, many send remittances to “benefit themselves and their immediate social circle.”

The example of three Gambians, two brothers and their best friend, contributes to understanding the complexity of remittances. The older brother, Dawda, was able to migrate to the Netherlands where he found a job as a security guard and married a Dutch woman. He later divorced his wife to marry a Gambian woman with whom he had a daughter. Dawda was able to achieve economic stability and prosperity while in Europe and financed different construction projects in his native village in Gambia. When his brother, Yahya, decided to migrate, Dawda financed part of his trip. Thanks to his brother’s help, Yahya was able to reach Italy where he applied for asylum. Despite being in a precarious situation, Yahya felt the need to send money back home as his family was expecting to receive it. However, Dawda suggested him to tell his family that he was still waiting for his papers and save money for travelling. The two brothers’ friend, Alagie, stayed in Gambia and managed the money Dawda was sending home. He run a gym and a shop both financed by his friend Dawda. However, at a certain moment Dawda stopped sending remittances to help his family in Europe and assist other family members in Gambia who wished to migrate. It then later become difficult for Alagie to send remittances to his mother who lived in Senegal.

This case shows that the positionality of migrants determines the role that remittances play in development. The story allows us to understand the multiple interdependencies of translocal and transnational realities of migrants. Thus, we cannot frame development in a local, restricted perspectives but we need to understand it as simultaneously flowing in multiple directions and being affected by the different positionalities of migrants. All of these considerations help creating a more nuanced picture of remittances.